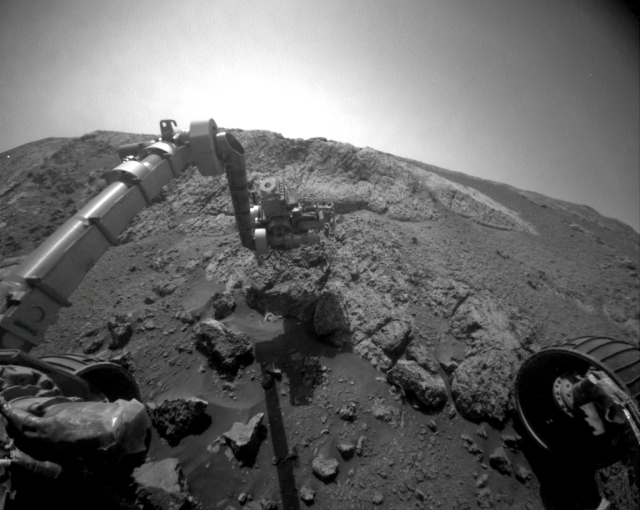 As you can see from the above picture, Oppy has stopped driving after her long, circular trek, and is now parked up quite happily at a very rough-looking outcrop high on the eastern flank of Cape York. She recently extended her robot arm to take a close look at the surface of the rock, and used her microscopic imager to take detailed pictures of it, pictures which I assembled into one single picture, below. And beneath that, a 3D view of Oppy’s robot arm investigating the outcrop. Please note: for some reason, WordPress has changed the way it displays images when you click on them to enlarge them. When you now click on an image here, you’ll be taken to a version of it that looks no bigger, but if you look above it there’s some text and one of the tabs there lets you enlarge the image to its full size. Go have a play!

Think we’re going to be here for a while, so settle back everyone. 🙂